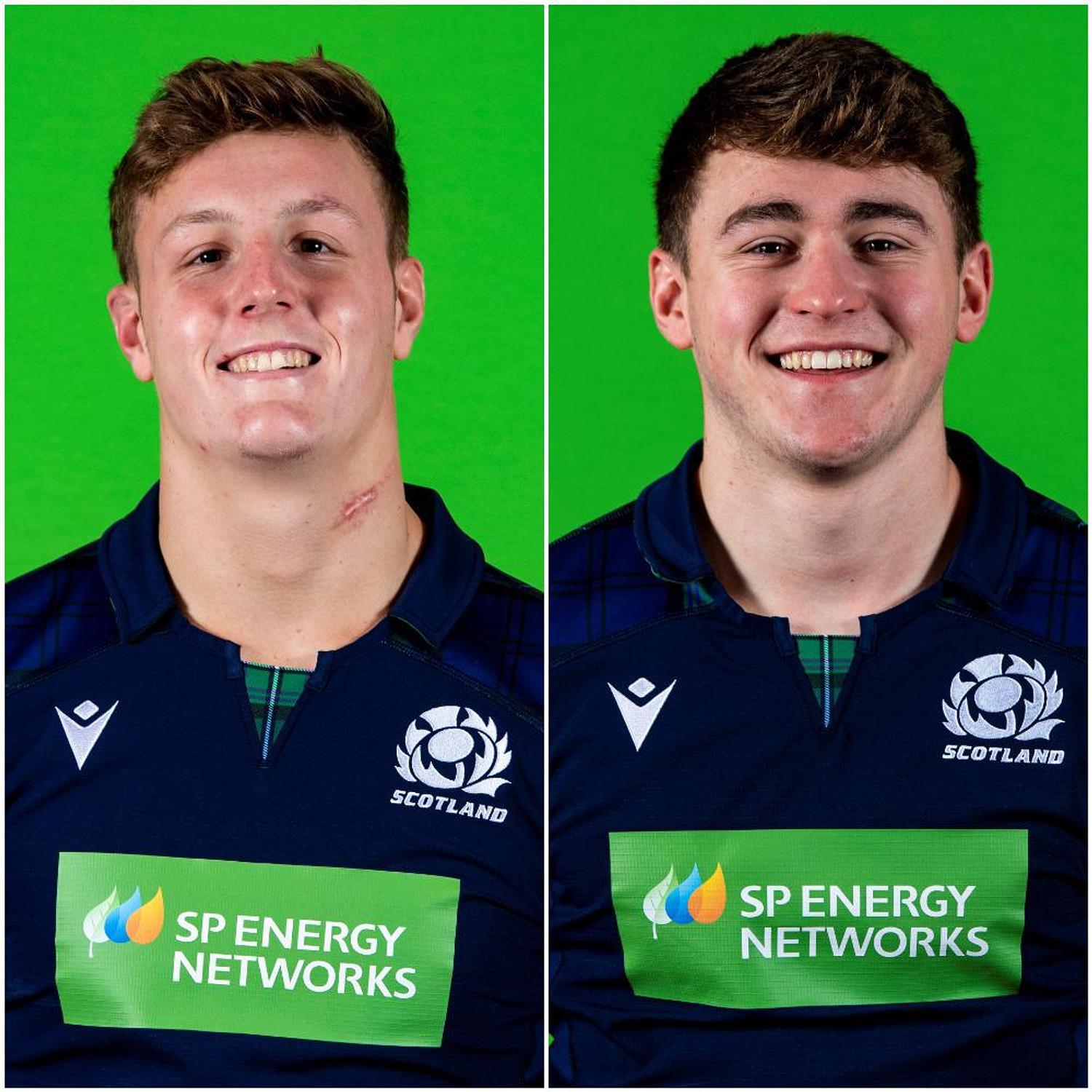 Former pupils star for Scotland in U20 Six Nations

The duo, who play second-row and full-back respectively, both started the first two matches of the showpiece event against Ireland and England and look set to play a big part in the rest of the campaign.

And although the young Scots lost their first two matches, they showed plenty of positive signs in picking up bonus points in both of them and they will be more than a match for Italy, France and Wales in the coming weeks.

They are also using these fixtures to build up to the World Trophy later in the year when the team will be looking for promotion back to the World Championship at the first time of asking.

Twenty-year-old second-row Cameron, who grew up in Hong Kong and spent four years at Strathallan, said: “Strathallan director of rugby Andrew Henderson changed my attitude and the way I thought about my rugby.

“He made me a more determined and focused character and helped me to have the belief to join a famous club like Stirling County [in the summer of 2018] and compete for a first-team place.

“I had a brilliant time at Strathallan and what I learnt there has definitely helped me in my journey over the last 18 months.”

And those last 18 months have seen Cameron earn 11 caps for Scotland under-20, play for Stirling County in the Tennent’s Premiership and now the FOSROC Super6 competition as well as training with Glasgow Warriors on a regular basis as a Scottish Rugby Academy Stage Three player.

“It has been a great period of learning for me,” Cameron added.

“Last year stepping up to senior rugby was a big jump while playing for the under-20s was a great experience, but the results in the Six Nations and the World Championship did not go our way.

“That just left me determined to improve this season and getting a full pre-season under my belt with Glasgow Warriors was excellent because I could learn from the experienced players around me like Jonny Gray and Scott Cummings who are currently playing for Scotland in my position.

“I have also played a large chunk of games for Stirling in recent months in the Super6 competition so that left me in a good place heading into this block of matches with the under-20s.

“I have been trying to take on a bit more of a leadership role in the under-20s this year and I have enjoyed working with new coaches Sean Lineen and Shade Munro.

“We have shown in the first two games in patches what we are capable of and I am looking forward to the rest of the tournament.”

Ollie spent two years at Strathallan and, like Cameron, feels that experience has helped his rugby a lot.

“Moving to Strath was a really good choice for me, I came on so much as a rugby player in my time there and it also helped me develop as a person off the rugby pitch too,” he explained.

“Being in the first XV for two years allowed me to play high-quality matches every week while I was in a vice-captaincy role in my final year which was great and gave me some leadership experience.

“Wherever my rugby takes me in the future I will always remember my time at Strathallan with great fondness, I had some good times there.”

Like Cameron, 19-year-old Ollie has had a busy 18 months since leaving school.

The strong running back has earned six caps for Scotland under-20, played for Ayr in the Tennent’s Premiership and now for Ayrshire Bulls in the FOSROC Super6 competition and also trains with Glasgow Warriors as a Scottish Rugby Academy Stage Three player.

“Last year was good for me and I feel that I have been able to kick on this year,” Ollie said.

“Towards the end of last season and all of this year I have been playing full-back and I enjoy that position and getting a chance to run into space.

“There are some great people to learn from at Glasgow while at the Bulls Pete Murchie [the head coach who is a former Scotland cap in the same position] has really helped me out.

“I am really excited about the current under-20 group with Scotland. We have shown by scoring some good tries against Ireland and England that we have it in us, we just have to stay switched on defensively at this level for 80 minutes because if you don’t then teams can hurt you.

“We are learning all of the time and with three matches left we are really focused on getting some positive results under our belts.”

Last year, 60 pupils played as part of a national sporting team and the school became British and Scottish Champions across six sports. Strathallan welcomes visits throughout the year, and the school’s next Open Morning is Saturday 7th March 2020.

Those interested in taking their own rugby game further should also check out our summer rugby camps, ideal for boys and girls between the ages of 8-16. With daily coaching, nutrition workshops and strength and conditioning, you can live like a professional rugby player for a week.