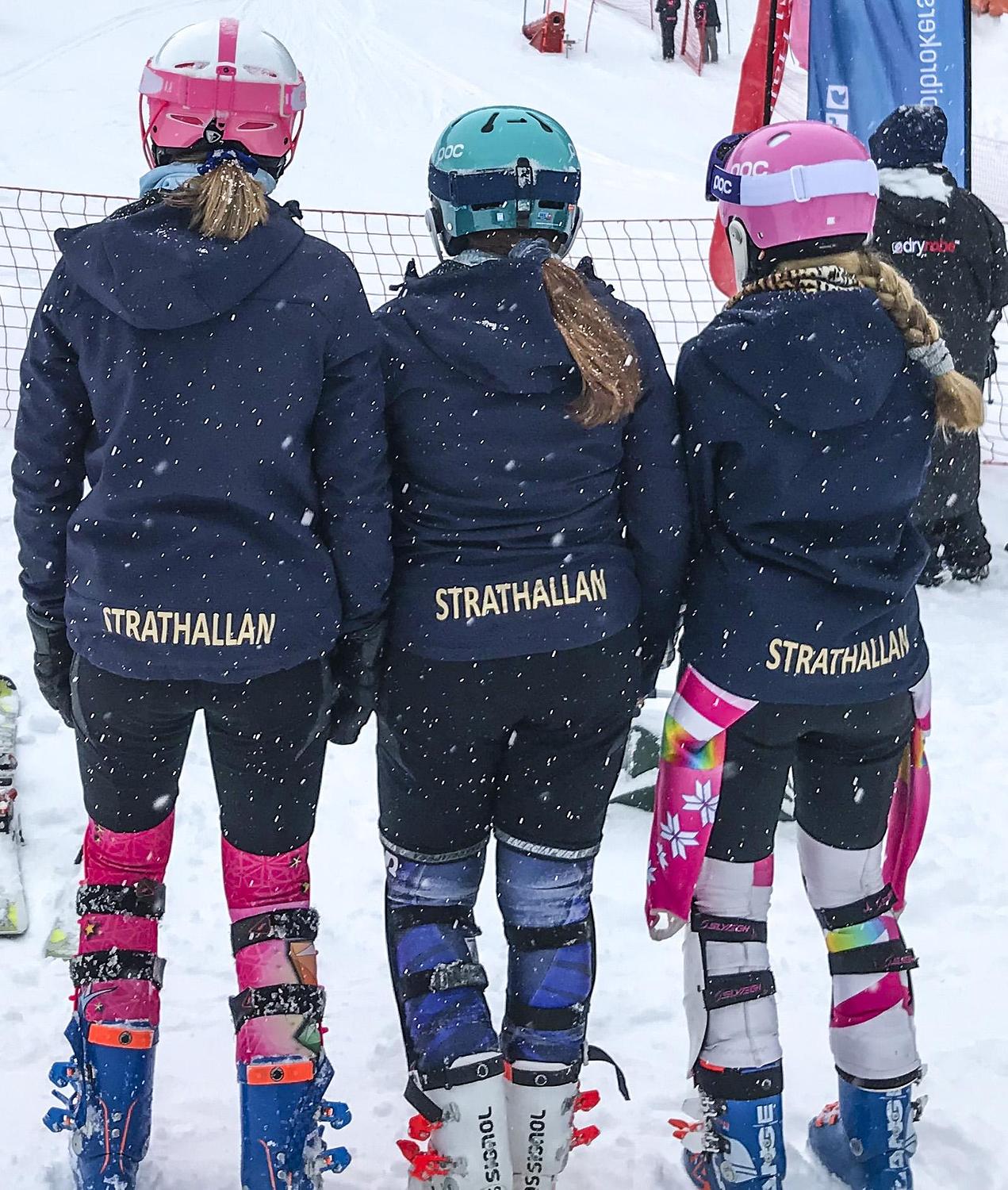 Strathallan School ranked second in the UK for Giant Slalom after students ski to success.

Strathallan School ranked second in the UK for Giant Slalom after students ski to success.

Three pupils sped to pole position at the British Schoolgirls' Race in the French Alps.

Luka Hughes-Tosh, Iona Ross and Maisie Morgan took to the slopes in challenging conditions, says parent Fiona Ross who accompanied them on the trip.

“All three girls competed in blizzard conditions, but they got down in very good times, helping to secure Strathallan as the second ‘Best School’ in the Giant Slalom.

“It was a hard but successful few days in Flaine, and great training particularly for Iona and Maisie who are racing in Italy next month.”

Maisie Morgan who skied to second place in the under-16 age-group, said, “I've been skiing ever since I can remember. However, the races in Flaine were a great opportunity for us to race as a team and it was a fantastic result for us all.”

Current pupil Iona Ross is also making a name for herself having recently competed at both the Canadian Ski Championship as well as the World Schools Ski Championship in Grenoble in 2018, she is now part of the U-18 Scottish Team.

Meanwhile, current Fourth Form pupil Maisie Morgan, who was selected for the Scottish Team in 2019, took 6th in Slalom at the Anglo-Scottish Races in Pila, Italy in December 2019.