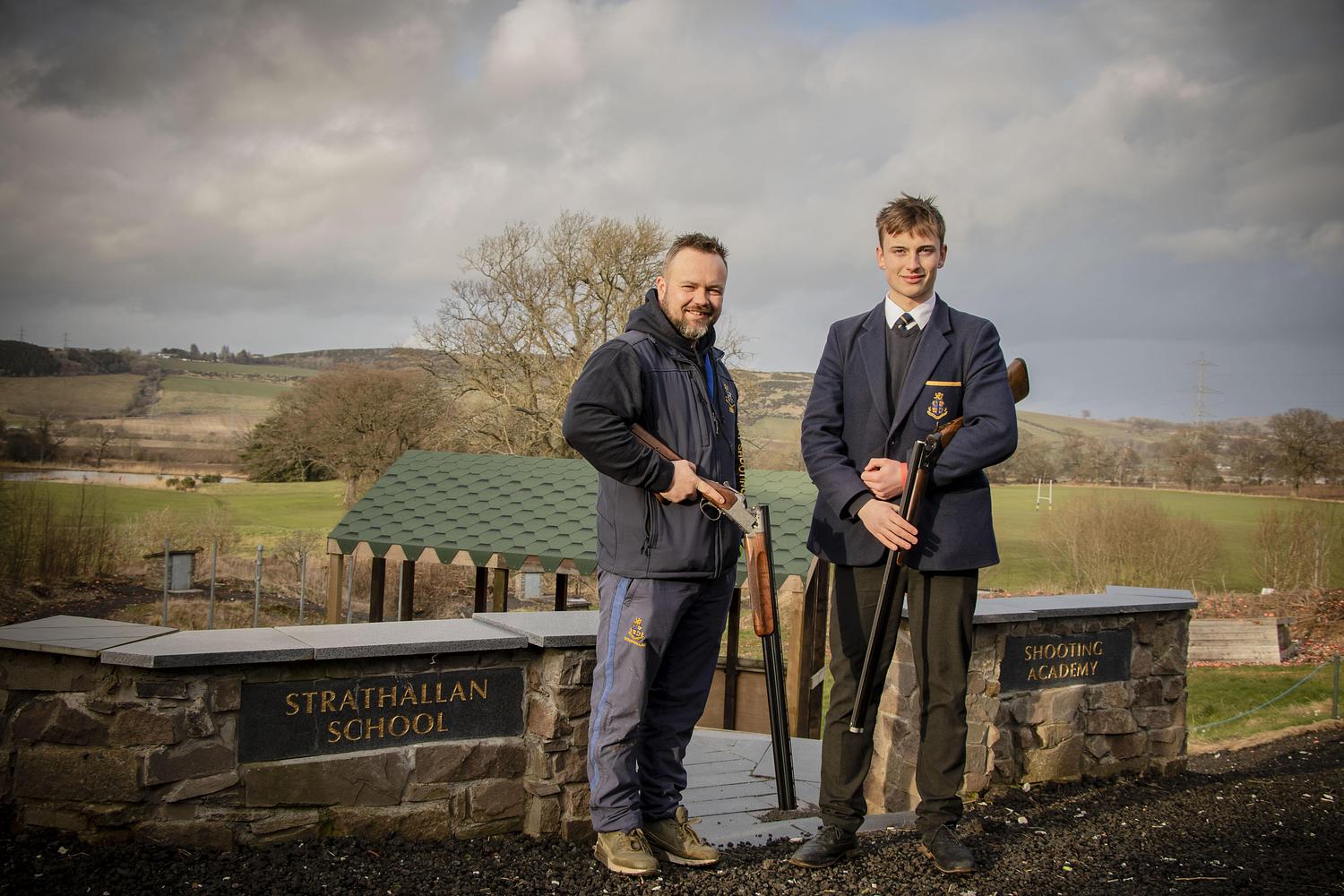 Strathallan shooters are aiming high this year after coming top in the first selection shoot for the World Championships.

All five clay-pigeon target shooters and their Coach Eddy Buchan, a fellow of the APSI, placed high in the competition, with Fifth Form pupil Angus T and Coach Eddy winning their classes.

Shooting extremely well on the day, Angus also finished as the top Junior of the entire competition, which means he is already in the top spot for Scottish selection with four more shoots to go.

Happy with his first result of the season, Angus said, "The shoot was good, we had poor weather conditions but it was well-organised. I went into it with one goal in mind. I listened to Eddy's advice about mind-games and not letting any pressure get to me. I went in cool and collected and took each clay one at a time."

Strathalllan is the only school in Scotland with a purpose-built Clay Pigeon Shooting Facility. Boasting a fully automatic compact sporting layout and standard clay range, the school provides tuition from top coaches. Our pupils have consistently placed high at the British Schools' Championships over the past ten years and have won the Scottish Schools' Clay Pigeon Championships twelve times over the past fifteen years with three former pupils gaining international recognition in this field.