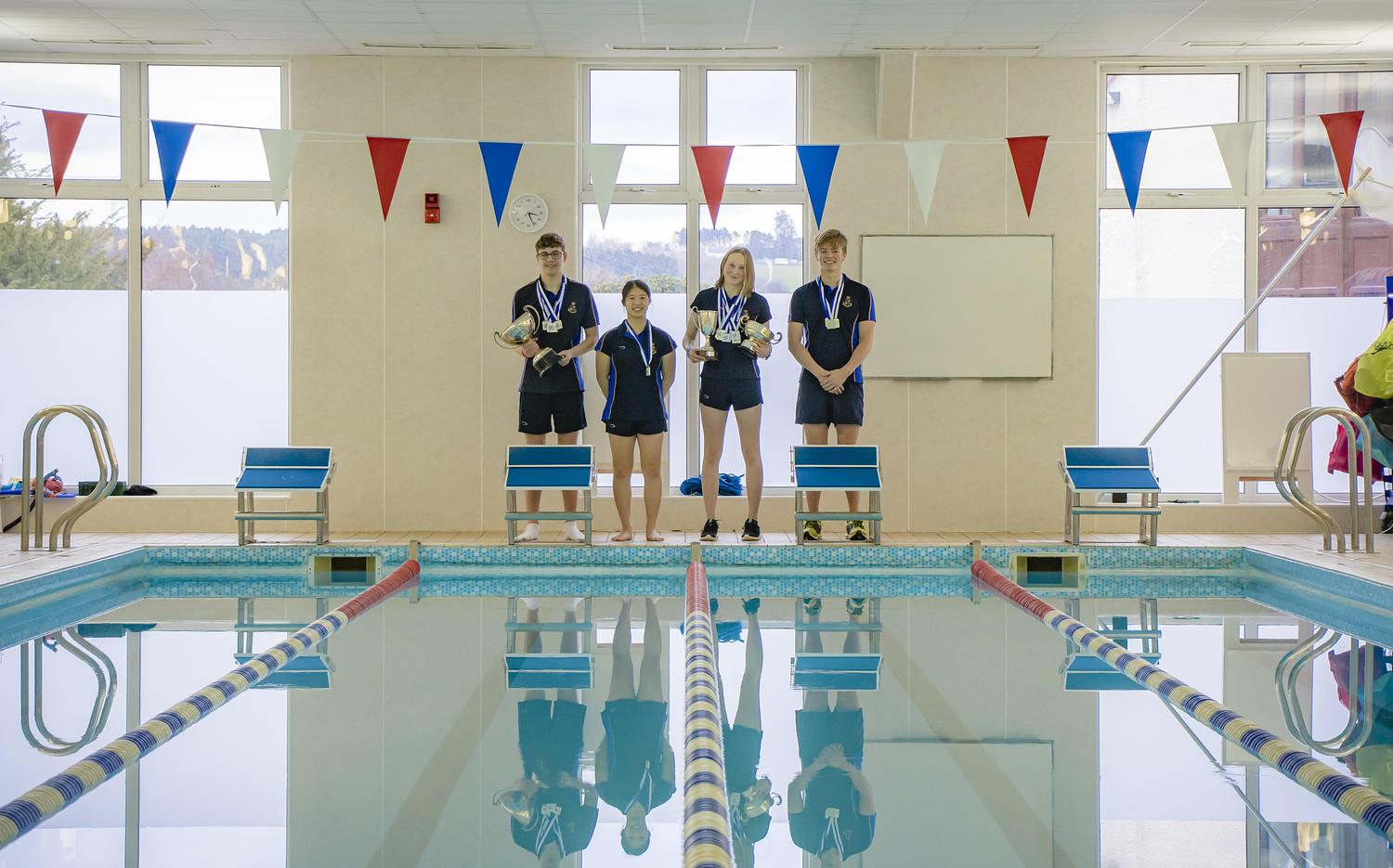 Swimmers leave Midlands District Championships with medals in their wake

Strathallan swimmers secure a wave of medals and trophies at the Midlands District Age-Group Championships, leaving the prestigious competition with personal bests (PBs) across the board.

Katelyn T, who also took part in the 15-16 Age-Group, came away from the competition with Gold in the 200 Frontcrawl Relay (U16) and a PB in the 50m Freestyle.

The squad's performance was even more significant as the trophies they secured also bore the name of their swim coach Elaine Johnston, who achieved her own international swimming success before becoming Strathallan's swim guru, coaching the likes of Duncan Scott and Scott McLay.

Those interested in taking their own swimming further should check out our summer camp, led by Strathallan's own swim coach Elaine Johnston. Ideal for boys and girls between the ages of 8-16, the 5-day course involves daily coaching at the school's very own swimming pool. Book a place now or find out more by emailing: t.pattinson@strathallan.co.uk